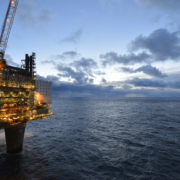 The largest conference in Latin America in the Oil and Gas sector, Rio Oil & Gas 2016, began on Monday, October 24th, in Rio de Janeiro, with Brazilian officials trying to convince foreign investors that Brazil is still an attractive place to do business, despite the recent troubles with its state-controlled oil and gas company, Petrobras.

It (oil and gas) is a sector that plays a central, strategic role in the economy of any country. Particularly in our economy,” said Brazil’s President Michel Temer, at the conference’s opening ceremony. “We will create here in Rio de Janeiro an environment very favorable to business, for a simple reason that we have stressed all along: the government can not do everything alone,” said Temer, signaling the government’s plan to increasingly open the state-controlled sector to the private sector.

During his speech, Temer urged Congress to vote on a bill which would ease pre-salt participation requirements, making it easier for the increase of private investments in the sector.

Foreign investors were listening closely to what Brazil’s president had to stay. Pal Eitrheim, president of Norwegian company Statoil, for example, stated during his own presentation that his company is betting on Brazil’s growth in the sector. “We want to stay here a long time,” he told participants. According to Eitrheim ‘this crisis is an opportunity to make the necessary difficult decisions to stimulate growth’.

The four-day conference will feature the participation of leading companies, including the two largest operators in Brazil, state-controlled Petrobras and Shell, and representatives from oil and gas companies from countries such as Argentina, China, France, Holland, England, Israel, Italy, Japan and Norway. 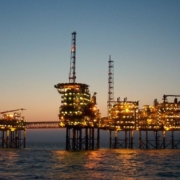