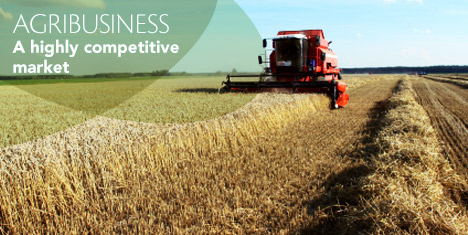 Brazil is recognized internationally for its agricultural role. Over the last 60 years, the country has developed the technology to become self-sufficient in food production, and today is one of the major food exporters in the world. It produces and exports meat, fruit, cookies, chocolates, wines, cachaça, specialty coffees, organic products, honey, dairy products, nuts, and other items that represent a competitive, innovative and sustainable country.

Brazilian meats reach more than 130 countries. Brazil’s supply ranges from gourmet beef for Europe to processed chicken meat for Japan and the Middle East. Brazilian fruit reach Europe and the United States and its cookies are on the shelves of more than 80 countries, such as Angola, the United States, and Paraguay. Brazilian candies and chocolate are present in 120 countries, mainly in Latin America, Africa, and Eastern Europe.

The country also stands out in the beverage segment, with the export of typically Brazilian cachaça, wines, and specialty coffees. Cachaça is the third most consumed distilled spirit in the world, and is a big hit among German and American consumers. Brazilian wines have received more than 2,000 international awards, and its sparkling wine is one of the most appreciated in the world, being exported to China, United Kingdom, United States, Russia, the Netherlands and France, among others.

Brazilian coffee is responsible for the success of the Espresso in the world, since the country is the largest coffee producer and exporter. Sales of specialty coffees from Brazil grow continuously, and now account for 12% of the international market. In addition, the country is the only one in the world with thirteen different coffee producing regions, each of them generating beans with their own characteristics. Currently, the biggest buyers of Brazilian specialty coffees are the United States, Japan, Belgium, and Germany.

Another Brazilian industry greatly valued abroad is organic produce. Brazil is the precursor in the export of mate tea, sugar, palm oil, and organic ingredients for cosmetics. Brazilian companies are suppliers to large international cosmetics manufacturers. Organic mate tea, known for its nutrients that help fight sleepiness and fatigue, is higly appreciated in the Japanese market.

Brazilian agribusiness produces and exports technology for tropical livestock. Not only bovine genetics, but all the supplies and equipment needed for livestock.

Finally, the Brazilian biofuel industry could not go without mentioning, since it is the largest in the world. Brazilian sugarcane ethanol is consumed in several countries, including the USA, where it is even used as fuel for Indy Racing League cars.