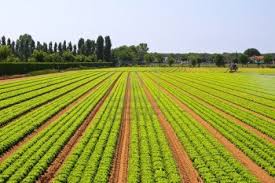 The combination of water, arable land, technology and high productivity make the Brazil a great protagonist in food production on the increase of the middle class in the world. The analysis is the Secretary of the agricultural policy Ministry of agriculture, livestock and food supply (Mapa), André Nassar, which highlights the strategic importance of the Asian market for Brazilian agribusiness.

Data from the United Nations food and Agriculture Organization (FAO) show that, while the world population grows, the availability of cultivable land falls continuously.

Brazil is the exception in this adverse scenario. With one of the highest rates of productivity in the world, the country offers the potential to expand its agricultural area in 70 million hectares. With this area, it is possible to increase the current production in 136% of grains and fiber, for example, that today is about 210 million tons.

The FAO expects the Brazil increase its agricultural production at 40% by 2019. Only in the last 20 years, the production of poultry meat have grown 285%, and 77% bovine.

“The world should take 7.5 billion people in 2020, but it is expected that the arable areas expected to drop,” says the Secretary. In its assessment, the availability of water and land, as well as technology and productivity gains, placing Brazil as one of the markets with the greatest potential to supply the world. “We’ve got that we haven’t found in any country.”

In 10 years, adds Nassar, Asia will be the world’s largest consumer of animal protein in the world and will need to import more and more to ensure the food security of their populations. This scenario represents a great opportunity for the Brazilian agribusiness.

South and Southeast Asians are concentrated 51% of the world’s population and consume almost a third of all that is produced in the world, as birds (28%), cattle (20%), dairy products (31%) and sugar (37%). At the same time, this region has only 18% of land available for agriculture in the globe. “There is the strategic importance of the Asian market for Brazil”, reinforces Nassar.

Not only population growth, but also the increase of income and quality of life of Asians will raise the demand for food in the coming decades. In 2030, 66% of the world’s middle class will focus there.

Asians, according to the FAO, will raise its annual food consumption of 48 pounds per capita to 52 kg/inhab/year in 2024. This leap will represent an additional 44 million tons in 10 years.

Nassar also highlights that the food inflation in the world has grown more than other consumer goods. China, for example, recorded a 50% increase in food prices between January 2014 and October 2015; the Mexico, 37% and Russia, 20%.

The escalation in prices indicates need to increase imports, since the growth of food production in those countries is limited. “This shows that consumption is increasing, but the supply can’t keep up. Are regions that have to import to control their prices. It is clear that the expansion of import will be a public policy of these Nations, which opens opportunity for producer countries like Brazil, “said the Secretary.