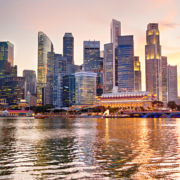 The number of vessels waiting to load sugar at Brazilian ports fell
from 29 to 17 over the last week, according to Williams, a ship
agency. 499,000 tons are scheduled to load, out of which 45% will
be loaded in the port of Santos, 44% at Paranagua, and 11% at
Maceio.

Brazilian beef exports reached 1.3 million tons between January
and November 2016, exceeding 2015 volumes over the same
period by 1.7%. Revenues, however, fell 6% in the same
comparison, to US$5 billion. According to Abiec, an industry
association, exchange rate variation has been largely responsible
for the drop.

Brazil’s autoparts trade balance has registered a US$4.9 billion
déficit between January and November 2016, a 14.2% drop than
that registered in the same months of 2015. Exports reached
US$5.98 billion while imports stood at US$10.9 billion, a 14.8%
and 13% drop respectively. Argentina remains the main
destination for Brazilian exports, at 28.5% of the total. 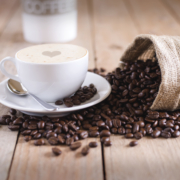 According to Cecafé, Santos was responsible for 84% of Brazil’s coffee exports in the first 9 months of 2016. During this period, 19.9m 60-kilo sacks were exported via Santos, 4.6m sacks of which were to the USA. The total exported by Brazil in the period was 23.7m sacks, with US$3.5m generated in revenue. Rio Grande held a public hearing last week to discuss the construction of a new multi-purpose pier that will be built in the Superporto area of the port.

The project involves construction of an access bridge, a platform for administration and control, and the installation of four mooring dolphins. The pier will give priority to vessels carrying natural gas –whichhas not up until this point beenhandled by Rio Grande. Liberian vessel ‘MV KYOTO STAR’ was loaded with 62,900 tons of sugar at Paranaguá.  This surpassed the previous record forthe largest volume loaded onto a single vessel at the port by 19%. The cargo, owned by Bunge, is destined for Jebel Ali in the United Arab Emirates. Brazilian pork exports totaled 552,000 tons in the first nine months of this year, up 40% year-on-year. In value terms, there was a 12% increase on last year, reaching U$1.06bn. Russia is the main destination for the cargo, having imported 118,400 tons of the total. 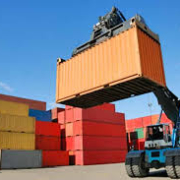 According to the Ministry of Agriculture, Brazil is close to reaching an agreement to begin exporting beef to the United States. It informed that the US government has accepted Brazil’s proposal, which includes bi-lateral trading of the commodity. Estimates are that Brazil will start by exporting around 40,000 tons of meat per annum to the USA.

Abiove (Brazilian Industrial Association for Vegetable Oils) has reduced its forecasts for the soybean harvest this year due to adverse climatic conditions. According to the organ, Brazil’s crop is expected to reach 97.3m tons in 2016, 600,000 tons below previous forecasts. Exports are now estimated at 53.8m tons for the year, a downward revision of 800,000 tons and 500,000 tons below the record of 54.3m tons achieved in 2015.

The Foreign Trade Chamber (CAMEX) has removed the duty on imports of black beans and pinto beans for three months. Until now, imports of the commodities originating from outside Mercosur have been subject to a 10% tax. The aim of the measure is to combat rising prices of the beans in Brazil, which reached 16.4% in June compared with the previous month. This, according to CAMEX, is due to unfavorable climatic conditions that reduced the last harvest.

Brazil is recognized internationally for its agricultural role. Over the last 60 years, the country has developed the technology to become self-sufficient in food production, and today is one of the major food exporters in the world. It produces and exports meat, fruit, cookies, chocolates, wines, cachaça, specialty coffees, organic products, honey, dairy products, nuts, and other items that represent a competitive, innovative and sustainable country.

Brazilian meats reach more than 130 countries. Brazil’s supply ranges from gourmet beef for Europe to processed chicken meat for Japan and the Middle East. Brazilian fruit reach Europe and the United States and its cookies are on the shelves of more than 80 countries, such as Angola, the United States, and Paraguay. Brazilian candies and chocolate are present in 120 countries, mainly in Latin America, Africa, and Eastern Europe.

The country also stands out in the beverage segment, with the export of typically Brazilian cachaça, wines, and specialty coffees. Cachaça is the third most consumed distilled spirit in the world, and is a big hit among German and American consumers. Brazilian wines have received more than 2,000 international awards, and its sparkling wine is one of the most appreciated in the world, being exported to China, United Kingdom, United States, Russia, the Netherlands and France, among others.

Brazilian coffee is responsible for the success of the Espresso in the world, since the country is the largest coffee producer and exporter. Sales of specialty coffees from Brazil grow continuously, and now account for 12% of the international market. In addition, the country is the only one in the world with thirteen different coffee producing regions, each of them generating beans with their own characteristics. Currently, the biggest buyers of Brazilian specialty coffees are the United States, Japan, Belgium, and Germany.

Another Brazilian industry greatly valued abroad is organic produce. Brazil is the precursor in the export of mate tea, sugar, palm oil, and organic ingredients for cosmetics. Brazilian companies are suppliers to large international cosmetics manufacturers. Organic mate tea, known for its nutrients that help fight sleepiness and fatigue, is higly appreciated in the Japanese market.

Brazilian agribusiness produces and exports technology for tropical livestock. Not only bovine genetics, but all the supplies and equipment needed for livestock.

Finally, the Brazilian biofuel industry could not go without mentioning, since it is the largest in the world. Brazilian sugarcane ethanol is consumed in several countries, including the USA, where it is even used as fuel for Indy Racing League cars. 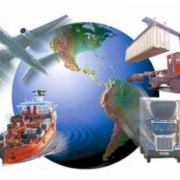 The Brazilian trade surplus reached record levels for May, at US$6.4bn. It was generated by exports worth US$17.6b and imports of US$11.2bn. For 2016 to date, the surplus stands at US$20bn. This contrasts with the US$2.3bn deficit that accumulated over the same period last year. One sector responsible for the surplus was the car industry, which saw a 40% year-on-year increase in exports in May. The main decline in
imports came from the fuel and lubricants sector, which saw a reduction of 44.3%.

Brazil’s Ministry of Foreign Relations reported that the two countries signed a memorandum of understanding on the cotton dispute on Wednesday (Oct. 1st), in Washington, “successfully settling a dispute that stretched for more than a decade.”
Foreign Minister Luiz Alberto Figueiredo traveled to the US alongside the Minister of Agriculture, Livestock, and Supplies, Neri Geller, to close the deal and sign the memorandum. In a statement, the Foreign Ministry said that “the bilateral agreement includes additional payments of $300 million, with flexibility for the allocation of resources, which helps to mitigate the losses sustained by Brazilian cotton farmers.”
Since the agreement applies to the cotton industry only, Brazil will still have the right to challenge the US Farm Bill before the World Trade Organization (WTO) regarding other crops.
The cotton dispute began in 2002, when Brazilian cotton farmers asked the government to file a dispute settlement case with the WTO challenging the fairness of subsidies granted by the US government to American cotton farmers and export insurance programs. The US incentives were found to be trade-distorting based on the WTO’s Agreements on Agriculture and Subsidies and Countervailing Measures.
In 2009, the WTO allowed Brazil to retaliate the US by up to $829 million. Since retaliation could have other negative impacts and would not directly benefit cotton farmers themselves, an agreement was reached whereby the US would have to pay $147.3 million every year to the Brazilian Cotton Institute created to manage the funds. In October last year, however, the payments were suspended following the passing of a new farm bill by the US Congress.
The new law maintained the payment of subsidies, violating international trade rules. As Brazil’s Foreign Ministry now reports, “under the Memorandum signed today, the United States pledged to make adjustments in its credit and export guarantee program GSM-102, which will operate within the parameters negotiated bilaterally, thus providing better conditions for the competitiveness of Brazilian products in the international market.”
Source: Agencia Brasil
https://dclogisticsbrasil.com/wp-content/uploads/2018/11/03-e1413910806285-1.jpg 187 280 dclogistics /wp-content/uploads/2018/08/dc-logo.png dclogistics2014-10-21 00:00:002019-02-21 09:24:49Brazil and US sign deal to end cotton dispute
Scroll to top
We use cookies to ensure that we give you the best experience on our website. If you continue to use this site we will assume that you are happy with it.Privacy policyOk