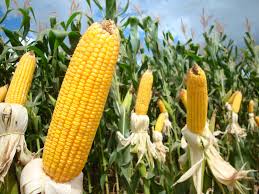 The values ​​of corn put port of Paranaguá (PR) were the highest since March 2014, in nominal terms, according to Cepea data. This scenario is happening even with the Brazilian harvest record expectation, which should generate excess inventory and also passages record. Researchers from Cepea indicate that support keeps coming from the dollar appreciation against the Real, which increases the competitiveness of Brazilian corn on the international market.

In this context, the forecast is still of growing foreign business and also that most of the contracts signed so far is directed to the international market. For now, the line-up indicators follow to a large number of ships arriving at Brazilian ports to load corn. However, official data from Secex indicate that the volume shipped in the first three weeks of August (1.41 million tons) is still below the same month last year (2.46 million tons), scenario which indicates caution. The daily average this month has been 93.7 thousand tons, while in August / 14 was 117 thousand tons, according to Secex.

Brazil Leads Region in Online Sales Made with Mobile Devices