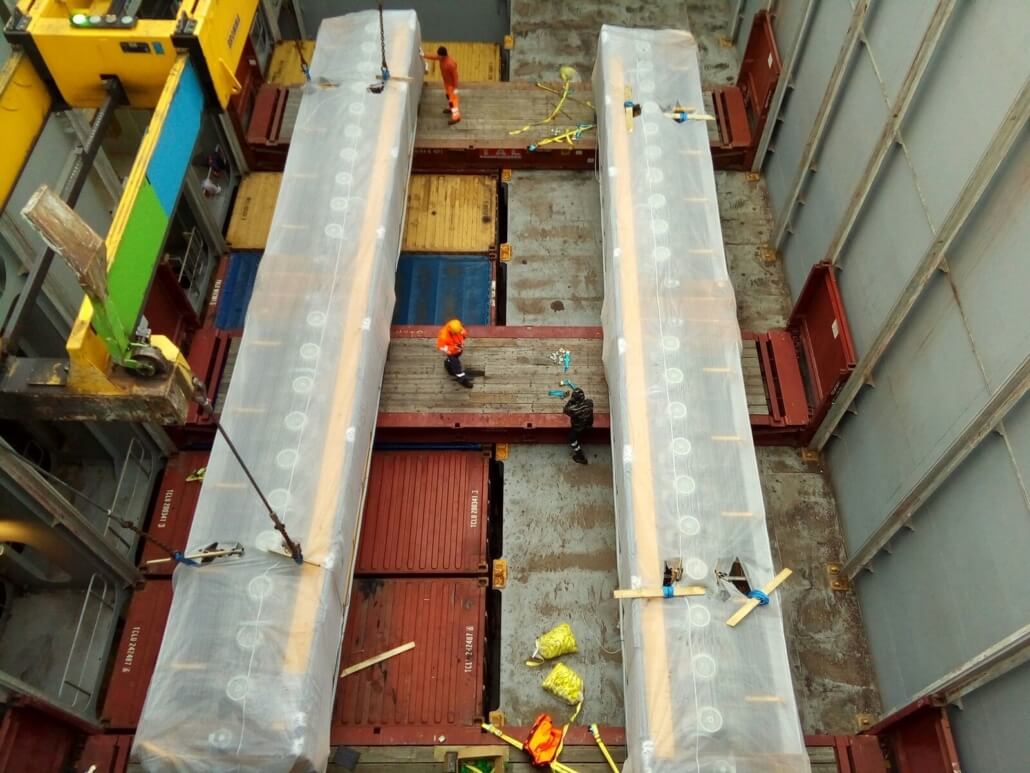 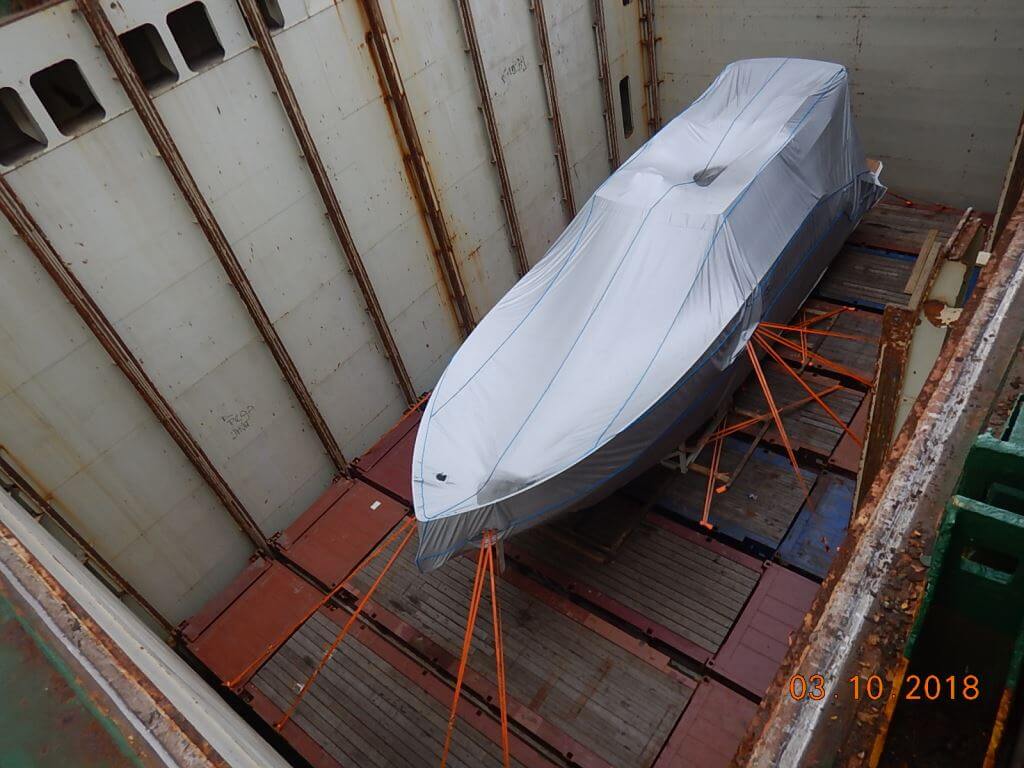 DC Logisitcs Brasil has just shipped a 51’ yacht to USA

Cargo was loaded as loose piece and lashed on board on a bed of flat racks, from Itajaí port to Miami port. Terms were quay/water. Due cargo size, mainly the height, cargo was moved from shipyard to Itajaí port by a special truck for yachts, just to have lowest height possible. Then the yacht was assembled on the cradle at port, customs cleared and loaded on board on a container vessel. This is a very competitive way to ship breakbulk cargo on a liner vessel, instead of pay an inducement for a breakbulk vessel, which is much more expansive as there’s no regular route.

Cargo was shipped from Paranagua, Brazil to Port Hueneme, California, USA using a MAFI trailer. Smaller pieces were forkliftable and was handled as loose. Cargo was transshipped to Hawaii by a local agent, who controlled the shipment locally. 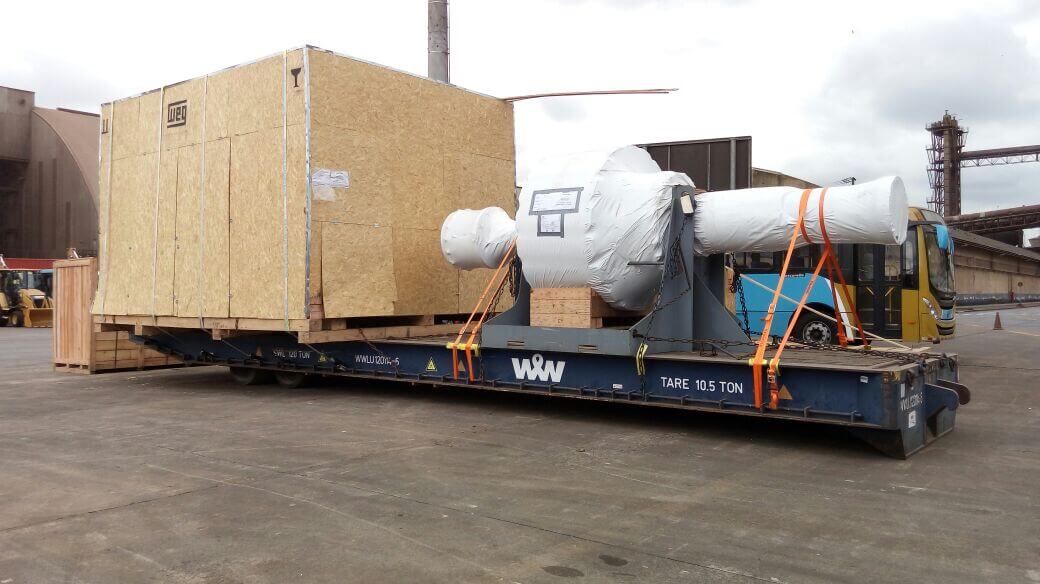 On a new challenge, DC Logistics Brasil has planned and handled a breakbulk shipment to company Alcooad – a brazilian corn-based ethanol plant.

The cargo was DDGS Driers (Dried distillers grains with solubles) a product that decantates the alcohol extracted from corn.

With Shanghai as the port of origin and Paranagua as the destination, in Brazil, each drier weighted 98 tons, with 14m length, 4,33m width and 4,98m height. Due to its weight and size, the only viable transportation option was as lose cargo, also known as breakbulk.

As these are not regular liners, so one key factor was to locate a breakbulk vessel that had stopovers confirmed on at least one of the ports, preferably both.

With the viability challenges overcomed, cargo departured on April 21st towards Paranagua on a 40 day journey. Also additional accessories for the same project were shipped and sent on 5×40’HC regular containers to complete the project.