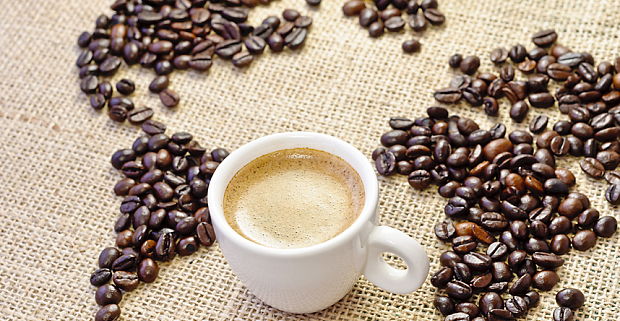 Standing in a cool farmhouse deep in the Brazilian countryside, Marcio, a farmhand in his autumn years, had a burning question. “How many more points do you think the changes will give us?” he asked carefully.
His boss, coffee farmer Marcus Carvalho, used to play for top Rio de Janeiro side Vasco da Gama. They might have been talking about football.

Instead, Marcio was referring to the quality score given to the best coffees in the world. For growers such as Carvalho, whose farm produces around 70pc to 80pc specialty coffee, the grade is crucial, and even his labourers know it.
Specialty coffee is defined by a score of 80 or more on a 100-point scale judged by connoisseurs known as “cuppers” or “Q-graders” – the sommeliers of coffee.

Carvalho claimed he once produced a 97-grade coffee, though this was not independently certified and almost certainly too good to be true. Like many farmers in Brazil – the world’s largest coffee producer and exporter – he has devoted himself to producing high-end coffee as a means of surviving.

“Coffee has suffered,” he said. “I spent many years in a coffee price crisis, and many people left farming.

“I see the way out for coffee culture, principally here, as quality. If you don’t do this, you may as well shut up shop. There’s nothing in commodities, except for those who have a great quantity. This is the big change that I’ve seen.”
In recent years, it has been specialty coffee that has sustained farmers. Consecutive large crops from Brazil, which produces more than 35 million sacks a year and a third of the world’s coffee, pushed down commodity prices while the country’s currency, the real, depreciated amid economic stagnation and political uncertainty.

Prices spiked last year on the back of a record drought that was expected to hit production, but the harvest from the country’s 2.7m hectares of coffee farms was better than forecast. The market survived off a surplus, which still kept prices from rising.

Meanwhile, there were limited increases in demand, which was propped up by a growing taste for more expensive specialty coffee, according to the International Coffee Organisation (ICO).

“In terms of consumption in traditional markets, we generally see the industry showing steady growth, thanks in part to the dynamism and energy of the specialty coffee movement,” said Thomas Copple, ICO economist. “Overall, we see relatively modest growth in the volume of consumption of between 1pc to 2pc per year, but a stronger growth in the value of the market, as consumers move towards more value-added drinks.”

“Nobody was doing what Pact was doing, and approaching specialty coffee with a real business mind and team of people who understand marketing the growth,” Corby added. “By removing all of the barriers to getting a good coffee, you can change people’s coffee habits.”

Pact recently reached 100pc direct trade and has worked with more than 70 coffee farms around the world including those in Brazil and Colombia in the past year. But while Rapoport said the company’s mission was to “turn coffee into a force for good”, he insisted it was not a social enterprise.

And the key difference is in the price. Rapoport estimated that specialty coffee is twice as expensive as supermarket coffee, and switching from instant to speciality would cost customers an extra £200 a year.
“And two thirds of that ends up with the producer,” he said. “We’re talking about the best coffee in the world. The best wine, the best whisky in the world is unaffordable. Coffee is incredibly democratising.”

Pact, while not Fairtrade-certified, claims to pay over 50pc more than Fairtrade prices for its coffee. And the company invests directly in its partners. On a visit to Brazil’s coffee country, in Minas Gerais state, Rapoport and Corby were not only scouting for new coffee, but they were also checking out a new sorting machine that Pact bought for Carvalho’s farm.
It sorts harvested coffee cherries according to density before they are dried and the beans extracted to produce high-quality coffee.

For Carvalho, whose 60-hectare Sítio da Chapada farm near Carmo de Minas belonged to his late wife’s family, there is potential to improve quality with mechanisation. “We’re learning and adapting to the machine. It works very slowly but I believe in this machine,” Carvalho said. “I believe next year I have the structure to harvest 700 bags.”

High-quality coffee is a hallmark of the countryside around Carmo de Minas, producing the vast majority of Brazil’s Cup of Excellence winners and attracting the world’s biggest buyers.

While the highest value bid for Brazil’s Cup of Excellence winners in January came from Starbucks, Japanese companies including Maruyama Coffee and Wataru dominated the high bidders.
“Nowadays, this region is mature in the specialty coffee market,” said Gabriel Miari Brito, a trader for Carmo Coffees. “The producers know that if they don’t care about quality, don’t care about production, they’ll be out of the market – it will not be sustainable economically.”

While Carmo’s biggest customer is Nespresso, Brito said there was a growing market for specialty coffee in Japan, the US and the UK.

Meanwhile, the challenge for Pact is not competition from other specialty coffee companies or franchises, but changing the perception of the product on the market.

“There are a number of amazing coffee businesses in the UK,” said Rapoport. “Monmouth is great, Has Bean is great and I don’t consider them competition because if we win one of their customers, literally no one wins.

“Is the competition Tesco? It probably is because we’re not just battling with the product, we’re battling with the habit. We’re telling people they don’t need to buy coffee in the supermarket, a better way of buying it is online.

“The biggest challenge, the thing that’s stopping this from being the coffee of choice in the UK, is its perceived complexity. We need to break down barriers and help people understand why it’s worth the additional £3.

As an incentive, Pact reduces the price of the first bag of coffee, normally £6.95, and easily allows customers to move their next delivery as well as offering advice on how to brew fresh coffee.

While Rapoport declined to comment on customer numbers, he said the company will sell 400 tons of coffee this year, and has a retention rate to rival Netflix and Skype.

“I think we can meaningfully impact the percentage of speciality coffee produced and exported over time,” he added. “I just feel like if you could bring 100 instant coffee drinkers here, more than three of them would leave never drinking instant again.”

As this year’s harvest comes to an end in the middle of this month, Carvalho and his workers are thinking ahead to the future. “The domestic specialty coffee market has grown a lot recently,” Carvalho said proudly. “We look after the coffee well but we’re at the mercy of the weather.”

But Marcio was disappointed to hear estimates that the new sorting machine might add just three points to the quality grade of their coffee.

“Three points is a lot,” Rapoport said. “In my opinion, the most economic sustaining way is to link price to quality and educate people about quality.”