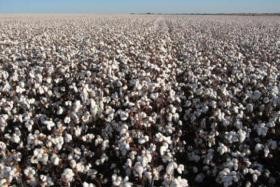 Brazil’s Ministry of Foreign Relations reported that the two countries signed a memorandum of understanding on the cotton dispute on Wednesday (Oct. 1st), in Washington, “successfully settling a dispute that stretched for more than a decade.”
Foreign Minister Luiz Alberto Figueiredo traveled to the US alongside the Minister of Agriculture, Livestock, and Supplies, Neri Geller, to close the deal and sign the memorandum. In a statement, the Foreign Ministry said that “the bilateral agreement includes additional payments of $300 million, with flexibility for the allocation of resources, which helps to mitigate the losses sustained by Brazilian cotton farmers.”
Since the agreement applies to the cotton industry only, Brazil will still have the right to challenge the US Farm Bill before the World Trade Organization (WTO) regarding other crops.
The cotton dispute began in 2002, when Brazilian cotton farmers asked the government to file a dispute settlement case with the WTO challenging the fairness of subsidies granted by the US government to American cotton farmers and export insurance programs. The US incentives were found to be trade-distorting based on the WTO’s Agreements on Agriculture and Subsidies and Countervailing Measures.
In 2009, the WTO allowed Brazil to retaliate the US by up to $829 million. Since retaliation could have other negative impacts and would not directly benefit cotton farmers themselves, an agreement was reached whereby the US would have to pay $147.3 million every year to the Brazilian Cotton Institute created to manage the funds. In October last year, however, the payments were suspended following the passing of a new farm bill by the US Congress.
The new law maintained the payment of subsidies, violating international trade rules. As Brazil’s Foreign Ministry now reports, “under the Memorandum signed today, the United States pledged to make adjustments in its credit and export guarantee program GSM-102, which will operate within the parameters negotiated bilaterally, thus providing better conditions for the competitiveness of Brazilian products in the international market.”
Source: Agencia Brasil
21 de October de 2014/0 Comments
https://dclogisticsbrasil.com/wp-content/uploads/2018/11/03-e1413910806285-1.jpg 187 280 dclogistics /wp-content/uploads/2018/08/dc-logo.png dclogistics2014-10-21 00:00:002019-02-21 09:24:49Brazil and US sign deal to end cotton dispute
0 replies