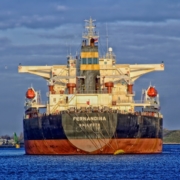 The Port of Suape has launched a tender to hire a company that will continue the technical and financial feasibility studies with a view to installing a second container terminal, Tecon 2. The project, which began in 2012, is estimated to require an investment of approximately R$1bn. Tecon 2 will have a 900m long pier, two berths, a 250m² retro area and the capacity to handle up to 1.2m TEUs per year.

The Port of Maceió presented 8% growth in its overall cargo handling in the first quarter of 2017 year-on-year, with 620,000 tons handled and 61 vessels berthed. It forecasts further growth during the year as the port awaits R$100m in funding from the federal government to investment in infrastructure and dredging.  These works will enable the port to receive vessels ships with a capacity of over 40,000 tons.

There was a fire at Copersucar’s sugar terminal in Santos on Tuesday (04/04). The incident occurred early in the morning but was quickly controlled by firefighters, with no impact on terminal operations.  The only damage was to the air-conditioning system. Shipping agency Williams Brazil reported that there were no ships berthed at the time of the fire.Trade revenues from operations via Santos reached US$14.3bn in the first two months of this year, representing a 2.7% increase year-on-year. On the export side, goods worth US$7.8bn were traded, representing 25.8% of Brazil’s total. The main cargo exported during the period was sugar, valued at a total of US$548.6m or 7% of the total shipped. On the import side, Santos handled 27.8% of the national total, worth US$6.4bn. The main import cargo was diesel worth US$69.95m.