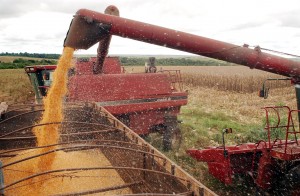 The trade balance in Brazil closed the first semester of 2015 with a surplus of US$2.222 billion, according to the Ministry of Development, Industry and Foreign Trade (MDIC). This is the first time the index registered a surplus since the first semester since 2012. – See more at: http://riotimesonline.com/brazil-news/rio-business/brazils-trade-balance-registers-surplus-for-first-semester-2015/#sthash.dOxWuk2k.dpuf

Among the items which helped Brazil export more than it imported was the shipment abroad of soybeans and an oil platform which was sent abroad to a Petrobras subsidiary.

Although both export and import revenues have declined since January, the latter has registered a steeper decline than the first. From January to June exports have declined by 14.7 percent, while imports have decreased by 18.5 percent, in their daily averages.

In mid-June, MDIC Minister Armando Monteiro told a group of Brazilian and U.S. business executives that he forecast Brazil trade balance for 2015 with a surplus between US$5 – US$8 billion.

According to officials although Brazil is the seventh economy in the world it was placed 25th in the ranking of foreign trade volumes. In 2014 Brazil’s trade balance registered a deficit of US$3.930 billion, the worst result since 1998.