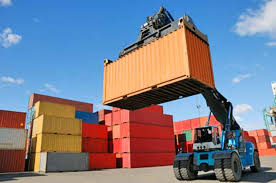 According to the Ministry of Agriculture, Brazil is close to reaching an agreement to begin exporting beef to the United States. It informed that the US government has accepted Brazil’s proposal, which includes bi-lateral trading of the commodity. Estimates are that Brazil will start by exporting around 40,000 tons of meat per annum to the USA.

Abiove (Brazilian Industrial Association for Vegetable Oils) has reduced its forecasts for the soybean harvest this year due to adverse climatic conditions. According to the organ, Brazil’s crop is expected to reach 97.3m tons in 2016, 600,000 tons below previous forecasts. Exports are now estimated at 53.8m tons for the year, a downward revision of 800,000 tons and 500,000 tons below the record of 54.3m tons achieved in 2015.

The Foreign Trade Chamber (CAMEX) has removed the duty on imports of black beans and pinto beans for three months. Until now, imports of the commodities originating from outside Mercosur have been subject to a 10% tax. The aim of the measure is to combat rising prices of the beans in Brazil, which reached 16.4% in June compared with the previous month. This, according to CAMEX, is due to unfavorable climatic conditions that reduced the last harvest.